Mississippi Rush Alumnus Ready To Take The Field For 2019 Season 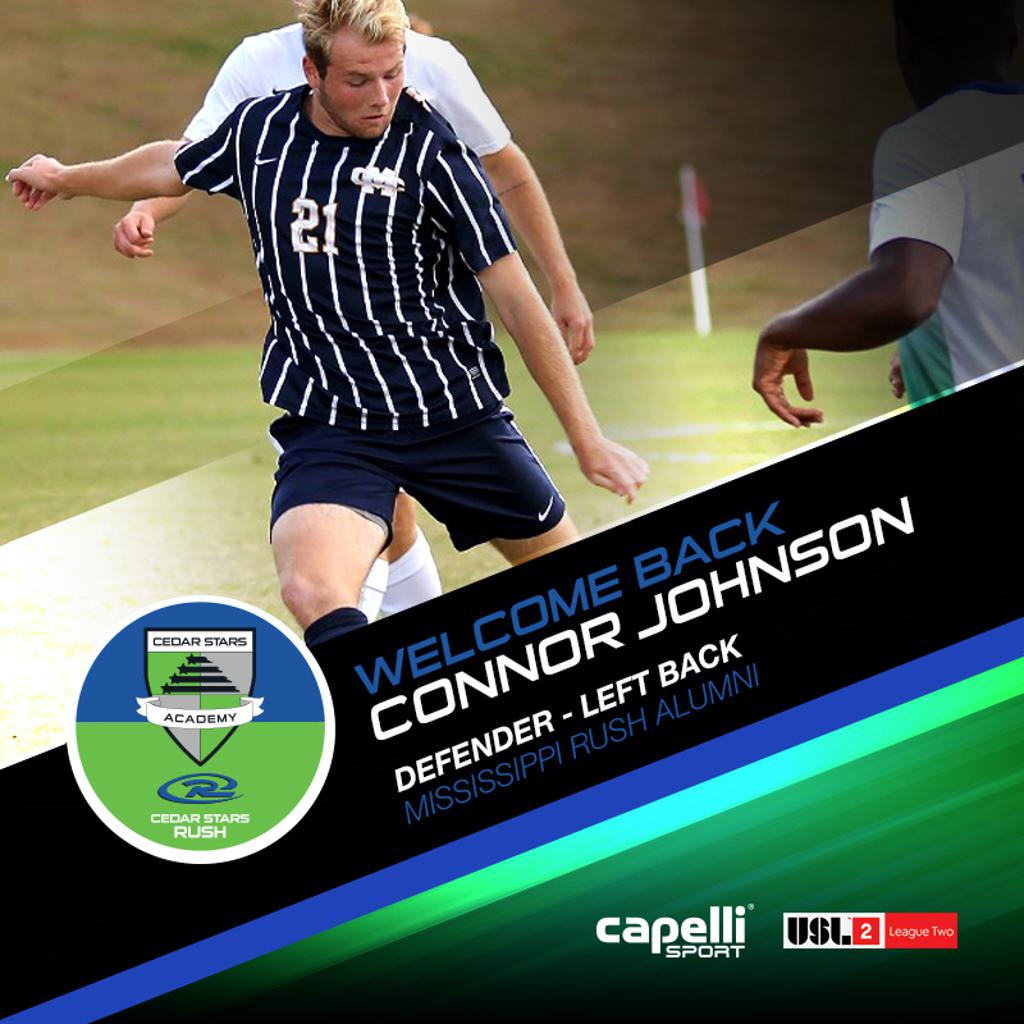 OFFICIAL: Connor Johnson will take the field as a member of the 2019 Cedar Stars Rush USL League Two campaign!

Connor Johnson, a Mississippi Rush alumnus, current plays for The Mississippi College Men’s Soccer Team as a defender. In 2016, Johnson played in 14 matches, and started in 13, as a first-year student athlete.  Johnson was a integral piece of a defensive unit that held opponents to 0.94 goals per match and earned seven shutout performances throughout the season.

As a sophomore, Johnson played in 17 matches, started in 16 and earned a number of academic honors, such as the Gulf South Conference (GSC) Academic Honor Roll, selection to the GSC All-Academic Team, and recognition as a member of the CoSIDA Academic All—District Team.

As a junior, Johnson tallied six goals and two assist in 14 matches.

2019 season tickets are now available for online purchase – Support Connor and the rest of the Cedar Stars Rush team this summer!