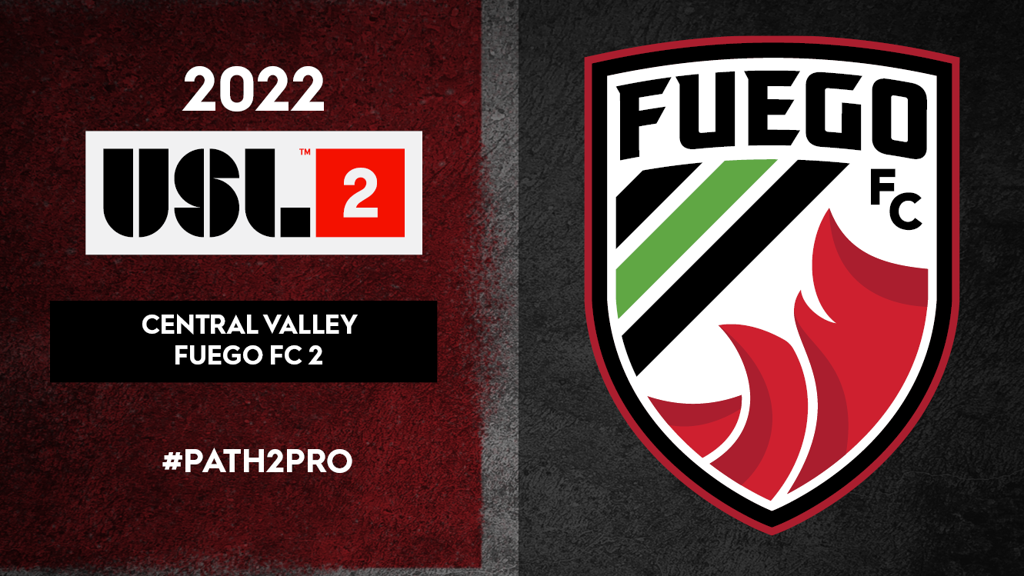 TAMPA, Fla. & FRESNO, Calif. – USL League Two announced today the addition of Central Valley Fuego FC 2 to the league for the 2022 season, with the club set to compete in the Southwest Division of the Western Conference. Fuego FC 2 will serve as the pre-professional program for USL League One club Central Valley Fuego FC, which is set for its inaugural season in the professional ranks this spring.

“I’m excited and honored to be able to announce the launch of our pre-professional USL League Two franchise. The ultimate goal of our endeavor is to create a concrete pathway to professional soccer that is attainable and accessible to those who dare to dream and work hard,” said Fuego FC Managing Partner Juan Ruelas. “By having this team tightly woven with our professional team, and under the purview of a single consistent development methodology, we get one step closer to having a vertically integrated pipeline for the youth in our community to develop and launch their professional careers.”

Fuego FC 2 returns League Two action to one of its historic hotbeds, with the Fresno Fuego having been a longtime member of the league over the past two decades.

“California’s Central Valley has produced many outstanding talents that have gone on to compete in the professional ranks, with the Fuego providing the pathway for development for many of those players,” said USL Vice President of Pre-Professional and Youth Properties, Joel Nash. “We are extremely excited to welcome Fuego FC 2 to League Two this season as a key landing point for the next generation of players that will make their way into the professional ranks from the region.”

“I want to make it clear that this team isn’t just another ‘B’ team that has questionable and loose ties to some vague and distant professional team. This team is a direct channel for those aged 14-18, and some collegiate players, to reach the professional level,” said Ruelas. “By having our youth compete at the highest level of pre-professional soccer in the country, we are able to give an opportunity without forcing players to go knocking on doors elsewhere. This win is a win for our community and cannot be overstated, as the existing pathway has always been to leave the Valley in search of a potential opportunity that might hopefully maybe someday lead to some offer from somewhere. What we offer is not a false promise, but instead a tangible path to achieving your dream. #DaleFuego.”

“League Two is a fantastic platform to provide players opportunities and to evaluate them for further opportunities with our professional USL League One team,” North Carolina FC head coach John Bradford said.

Central Valley Fuego FC 2 is a pre-professional club in USL League Two. The club will kick off its inaugural season on May 13 before hosting its home opener on Sunday, May 15 against FC Golden State Force. To learn more about Fuego FC 2 visit www.fuegofc.com and follow the Club on Instagram and Twitter.