What matches are you tuning into in Week 8? 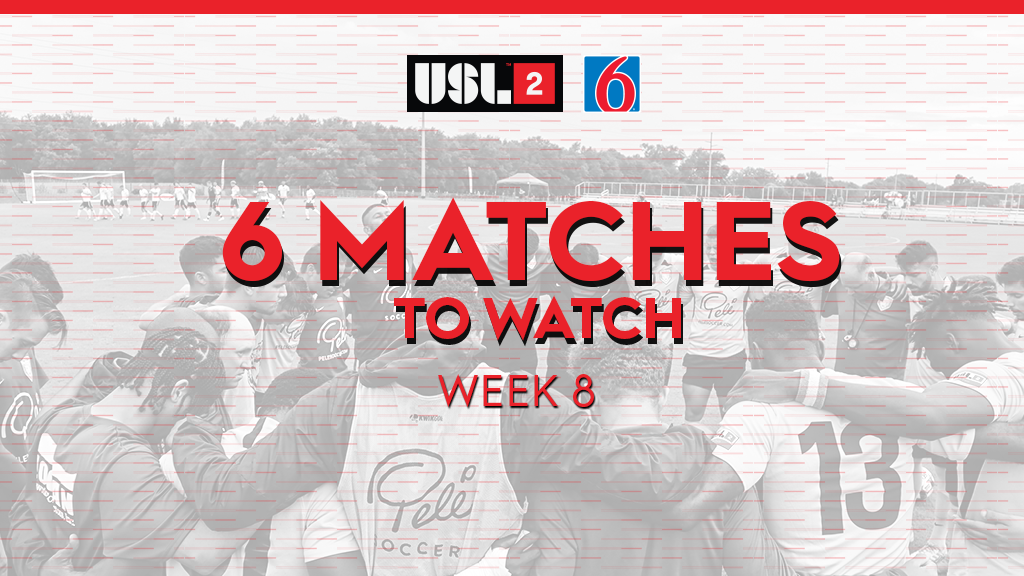 Manhattan SC is on a roll heading into Week 8 as the team remains undefeated and is slowly inching its way to the top of the Metropolitan Division standings. The New York-based club currently boasts an undefeated record of 4-0-2 and has consistently performed well against the top dogs of the division. On the other hand, FC Motown finds itself in a position of a must win scenario in order to advance to the division’s playoffs. However, a new competitor in the Metropolitan Division could give the team the push it needs to get its rhythm back in check.

Asheville City SC and East Atlanta FC are on the hunt for a playoff berth. With the division’s standings pending on a few wins or losses in Week 8, this game in particular has major playoff implications for both Asheville and East Atlanta. The teams look to be pretty evenly matched when looking at the numbers, however in the clubs first match this season Asheville took home all three points after beating East Atlanta in a 4-0 win. If East Atlanta can tighten up its defense and take control of the ball in this Tuesday night match, they could see their efforts pay off in a huge win over Asheville.

Two new League Two clubs have emerged as the top competitors of the Great Lakes Division in the 2021 season. Both Kalamazoo and Kings Hammer have seen major success this summer, having risen to the top of the division’s standings in their inaugural Path2Pro seasons. If Kalamazoo pulls out the win against Kings Hammer they will further solidify their spot in the 2021 League Two playoffs. However, Kings Hammer is looking for a bit of revenge from its first match with Kalamazoo, which ended with Kalamazoo taking home all three points on a 4-2 win. If anything, this game will be an exciting match filled with action for the Path2Pro fans.

The Green Bay Voyageurs have struggled this season to produce wins in a very competitive Heartland Division. Although its shot of making the playoffs is unlikely at this point, the team is still hoping to pull off an upset in the later half of the season. However, for Kaw Valley this Thursday night match is an opportunity for the team to put a much-needed win under its belt as a playoff berth is contingent upon its ability to pull off some late season wins. Kaw Valley needs to take home a win on Thursday night if it wants to see its playoff run come to life.

The kings of Houston are coming together for a rematch on Saturday night to determine who will take the third place spot in the Mid South Division. Houston FC currently sits at third in the standings with a record of 4-3-1. However, the AHFC Royals are hot on Houston’s tail as they currently sit in fourth place with a 2-2-4 record. In the teams first match of the season, Houston had a slight edge over the Royals and took home all three points in a 2-1 win. As the season winds down into its final weeks, the Royals are eager to produce a win on Saturday night to boost their chances of a playoff run.