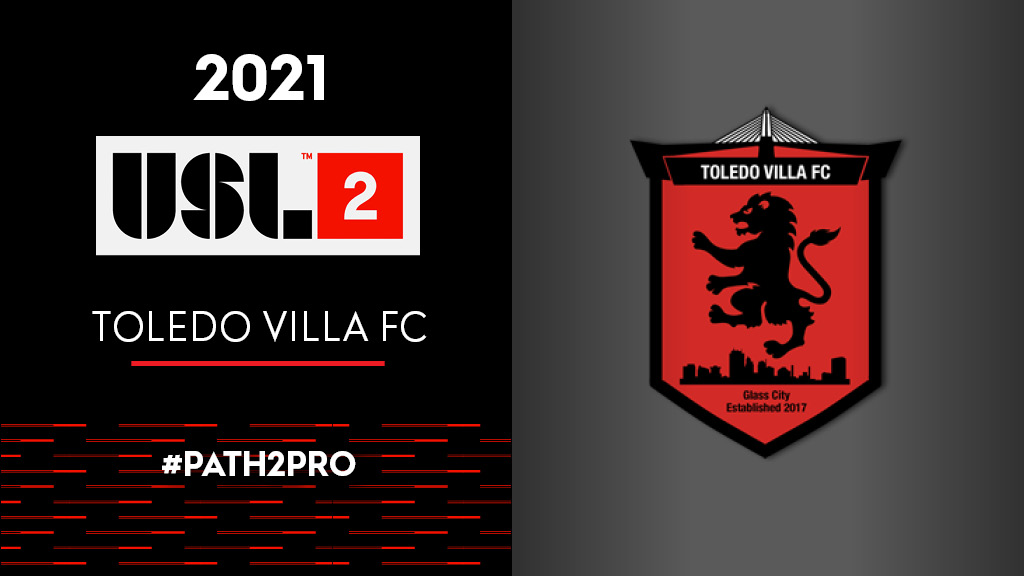 “We’re delighted to welcome Toledo Villa to League Two, and I look forward to seeing the continued growth of this excellent organization,” said USL League Two Vice President Joel Nash. “I’m confident that the League Two platform will be a valuable resource for the club as it works toward raising the profile of the sport in its region and having a positive impact on its community.”

Founded in 2017, Toledo Villa FC’s vision of placing the best product on the pitch, developing players that are committed to upholding the traditions of the game, inspiring young athletes for the future of the game and providing a model business that positively impacts the community aligns directly with League Two’s emphasis on player development and community engagement.

“Our goals have been simple since taking ownership of the club in 2018. We want to grow the game of soccer in Toledo and make a positive economic and social contribution to our region,” said Toledo Villa FC Co-Owner Aaron Swiggum. We are sure that this move to USL League Two is another step in the right direction. We can’t wait to start the new season against terrific regional competition.”

In joining League Two, Toledo Villa FC will offer a proven pathway to professional soccer for its players. On top of the valuable experience of playing in the nation’s most competitive pre-professional environment, League Two also provides growth opportunities for its coaches, executives and communities.