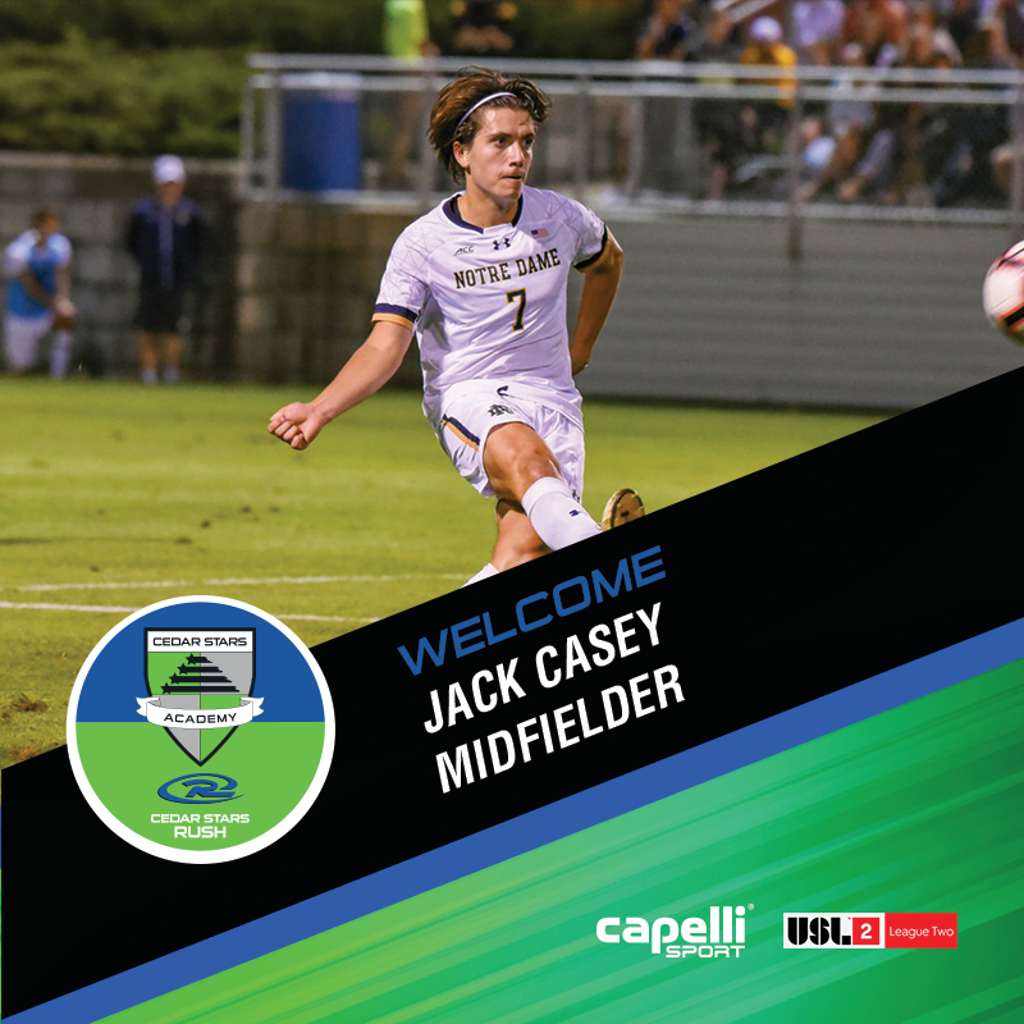 Jack Casey, a northern New Jersey natives, has committed to Cedar Stars Rush for the the 2019 season in the USL League Two.

Thus far in his career as a member of The Notre Dame Men’s Socer team, Casey has competed in 59 matches for the program, earning 2017 ACC All-Academic honors and CoSIDA Academic All-American Second Team honors in 2017 & 2018.

Throughout his sophomore and junior year campaigns, Casey has been a focal point of the team’s success and creativity, starting in 39 of 41 matches and finishing in the top three in team assists.

During his high school career, as a member of The Pingry High School Boys Soccer Team, Casey earned a number of accolades and honors that include, but are not limited to, first team all-conference, all-area and all-county recognition, and all-state honors as a member of the 15-5-1 team that went on to claim the Non-Public A State Sectional Championship during his sophomore year. In addition, Casey was a consistent  U.S. Soccer training center invitee from 2010-2015.

2019 season tickets are now available for online purchase – Support Jack and the rest of the Cedar Stars Rush team this summer!