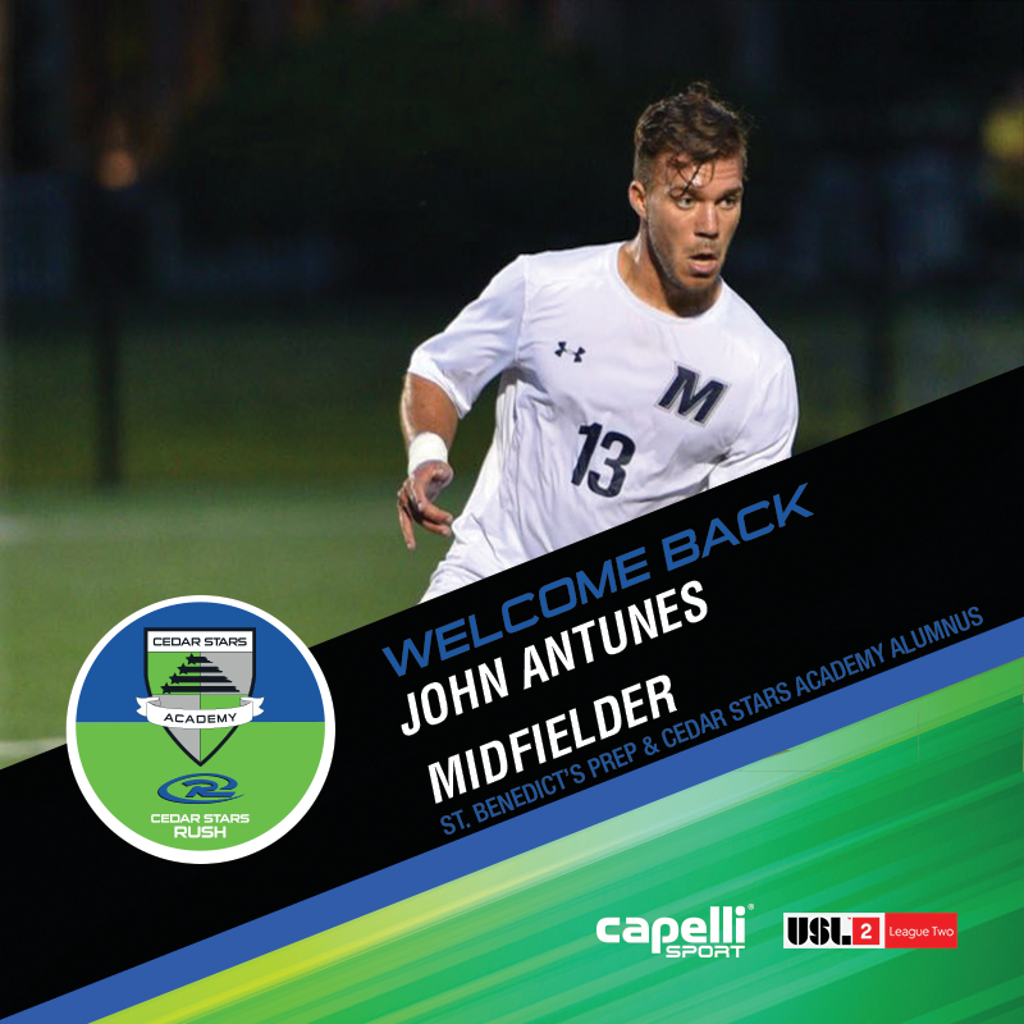 OFFICIAL: John Antunes will take the field as a member of the 2019 Cedar Stars Rush USL League Two campaign!

John Antunes, a St. Benedict's Prepatory School and Cedar Stars Academy Alumnus, will return this summer with Cedar Stars Rush for the club's inaugural season in the USL League Two.

As a member of the St. Benedict's Preparatory Men's Soccer Team, Antunes helped to lead the Grey Bees to a 75-2 record during his high school career, which included three national championships in four years. This success led to a number of accolades including, but not limited to, the 2015 New Jersey Gatorade Player of the Year award, First Team All-American and three-time TopDrawerSoccer.com honors during this season.

Antunes began his collegiate career with Monmouth University as a member of the men's soccer team in 2016.  John went on to play and start in 17 matches for the Hawks in 2017. His display of skill and leadership led to Second Team All-MAAC and Third Team All-Northeast Region honors.

2019 season tickets are now available for online purchase – Support John and the rest of the Cedar Stars Rush team this summer!